Firefighter Safety: Use Your Initiative 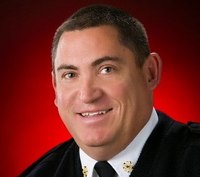 Billy D. Hayes serves as the fire chief for the City of Onalaska, Wisconsin, and has previously served as the fire marshal for the University of South Alabama, vice president of university relations for Columbia Southern University, the director of community affairs for the District of Columbia Fire and EMS Department, and as the fire chief and emergency management coordinator for the City of Riverdale, Georgia. He is a graduate of Georgia Military College and Columbia Southern University, the NFA’s Executive Fire Officer Program, and has a certificate in local government management from the University of Georgia. He is a past president of the Metro Atlanta Fire Chiefs Association and past chairman of the board for the Georgia Firefighters Burn Foundation. He authored the Public Fire and Life Safety Education chapter of “The Fire Chief’s Handbook” (7th Edition). Hayes is a member of the Fire Chief/FireRescue1 Editorial Advisory Board. Connect with Hayes on LinkedIn, Facebook and Twitter.