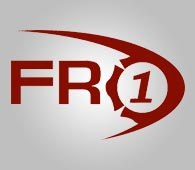 Jason T. Poremba is the owner and creator of Bestfirefightervideo.com. His 'Close Calls on Camera' section on FR1 won Best Regularly Featured Web column/Trade category in the 2009 Maggie Awards, which honors the region's best publications and Web sites. Jason is a 14-year member and captain in an engine company of a volunteer fire department in New York. His specialty training includes rapid intervention, firefighter survival and engine company operations. He has developed a way to train firefighters via the Web in the dangers of firefighter close calls, and dangerous training and firefighting procedures. As well as Jason's videos at Firefighterspot.com, you can also see a selection at FlashoverTV.com.