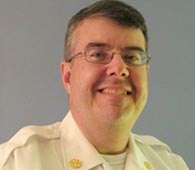 Tom LaBelle is an assistant chief with the Wynantskill (N.Y.) Fire Department where he is responsible for training. He has worked for the New York State Association of Fire Chiefs since 1995. Prior to that he served as the legislative director for the New York State Assembly's Sub Committee on Fire Protection Services. He is a voting member on the NFPA 1720 committee and is a certified fire instructor and fire officer. "The Butcher's Bill," originates from the British military’s post-battle evaluation of if strategic and tactical objectives were met and the numbers killed and wounded. This they called "The Butcher's Bill." Chief LaBelle can be reached at Tom.Labelle@FireRescue1.com.