Video: LAFD crews rescue woman from water, then man who jumps in to save woman's dog

“While the desire to help is understandable, this type of action is extremely dangerous,” the LAFD wrote in a news release

Firefighters pulled two people and a dog they were trying to rescue from the rain-swollen Los Angeles River during a 90-minute operation Monday, March 28, California officials said.

A homeless woman and her dog were spotted in the rain-swept river at 2:13 p.m. near Burbank, the Los Angeles Fire Department said in a news release.

“(A) heavy downpour earlier in the day quickly transformed the river bed from dry concrete into a swift moving river,” firefighters wrote.

Firefighters searched for the woman and threw a flotation ring to her, but she discarded it to continue trying to save her dog, the release said.

A helicopter lowered a rescuer, who pulled the woman from the water, firefighters said. She was taken to a hospital for minor injuries.

Next, the rescuer tried to pull the dog from the water, but the animal, frightened by the helicopter, fought back and escaped, the release said. 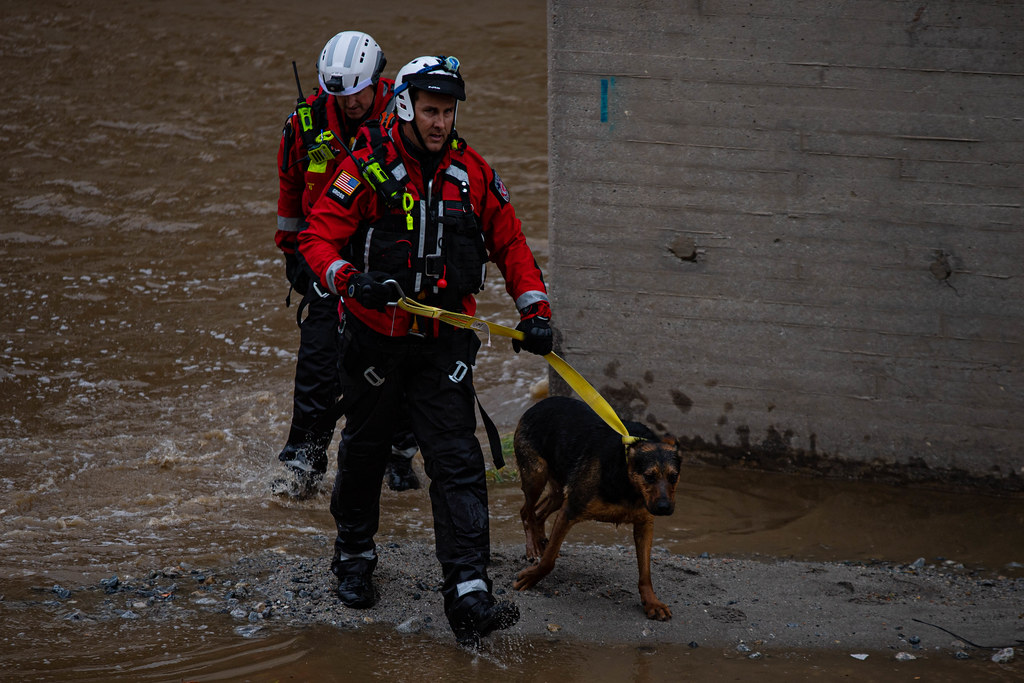 A 28-year-old bystander jumped into the river to try to rescue the dog and also had to be pulled from the water, firefighters said.

“While the desire to help is understandable, this type of action is extremely dangerous,” firefighters wrote. “It not only puts the life of the bystander at risk but now creates another victim for the firefighters to handle.”

The dog also escaped the bystander, but firefighters were able to corral it in shallow water and retrieve it safely from the river, the release said.

The dog, named Scooby, was “energetic” and seemed to be in good health, animal control Officer Vanessa Flores told KABC after the rescue.