MEDINA, Ohio — Fire-Dex will introduce the “Interceptor Package” this year at FDIC International. This package features PPE to combat both the number one (Cancer) and number two (Heat Stress and Cardiac Fatigue) causes of firefighting related deaths. 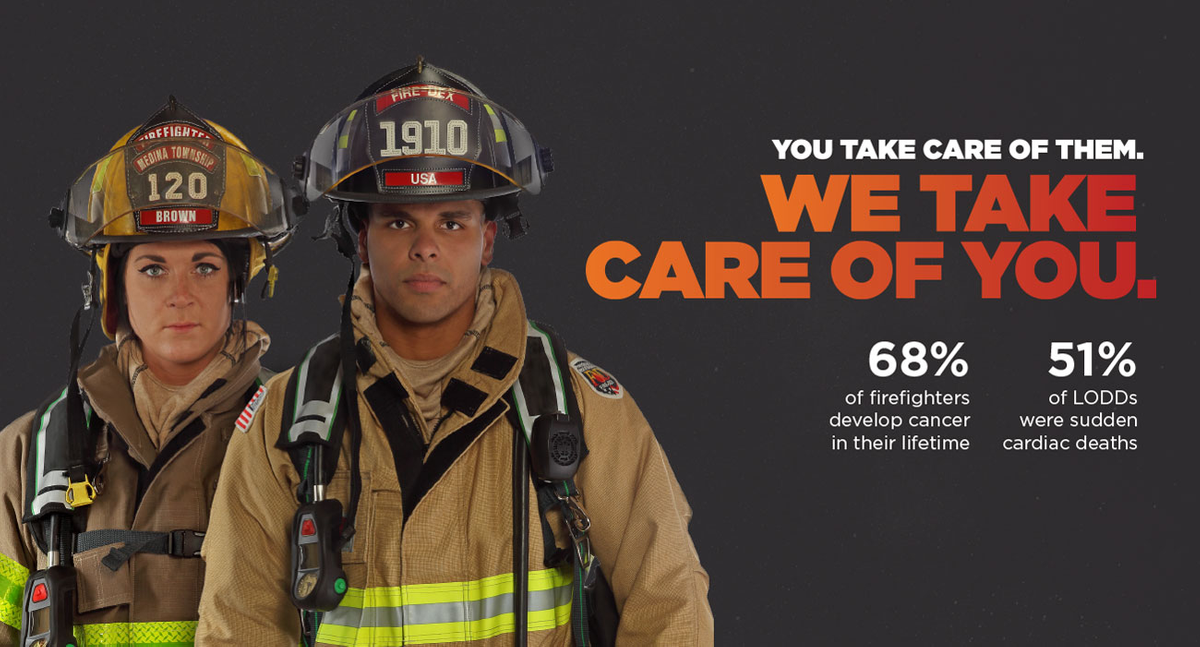 The particulate blocking H41 Interceptor Hood helps reduce exposure to harmful carcinogens by preventing toxic particulates from coming into contact with some of the most permeable skin on the head, throat and neck.

Statistics show that less than 3% of fire department responses are for structural firefighting. TECGEN PPE is a multi-purpose single layer garment designed to be used on these non-fire calls. When used as an alternative to traditional turnout gear it provides protection against both heat stress and repeated exposure to harmful carcinogens residing on turnout gear. By using this alternative gear for non-fire related calls, the life of turnout gear can also be extended.

Their top of the line custom FXR turnout gear is lighter in weight and features an Active Posture Design (APD), minimizing stress and cardiac fatigue when fighting fires.

“At Fire-Dex, we are committed to keeping firefighters safe - today and tomorrow,” says Todd Herring, Director of Marketing. “We developed the Interceptor Package to not only help fight the two biggest issues facing the fire service today, heat stress and exposure to carcinogens, but to do so in an economical package that will help reduce the cost of providing this critical protection.”

Recent studies show daunting statistics about firefighters developing cancer whether while on the job or years after retirement. In fact, firefighters are 29% more likely to contract cancer than the general public.  Additionally, it is well known that the number one cause of Line of Duty Deaths (LODDs) is heat stress and cardiac fatigue.

Visit Fire-Dex at Booth 1823 at FDIC or learn more at www.firedex.com/wecare.

About Fire-Dex
Fire-Dex, headquartered in Medina, OH, is a leading manufacturer and marketer of protective firefighting clothing, emergency response apparel, NFPA hoods, helmets, gloves and boots. Fire-Dex proudly acquired TECGEN PPE in September of 2015, as its latest addition to the Fire-Dex family of brands. Visit www.firedex.com for more information.