See the gear that saves lives 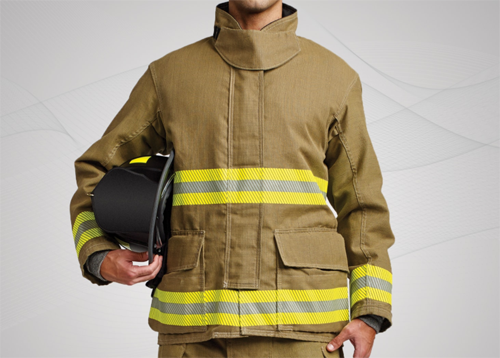 INDIANAPOLIS — Concern over higher rates of occupation cancer among firefighters prompts additional efforts in decontamination and cleaning of turnout gear to reduce particulate accumulation. But will turnout gear stand up to more washing and drying along with the hard work firefighters do.

TenCate Protective Fabrics wanted to find out and now firefighters at FDIC International 2018 will be able to see for themselves.

TenCate sent sets of its three outer shell offerings, paired with a variety of thermal liners and moisture barriers, for a wear test at the academy.

“The instructors — and a few students — at the Georgia Fire Academy liked the comfort of the gear and the protection offered, “ said Bart McCool, End User Marketing Manager for TenCate. “Most didn't want to give up the gear, but we needed it for further evaluation.”

The three that will be on display at booth #2213 in Hall D at the Indianapolis Convention Center, including these sets:

“Firefighters at FDIC be seeing plenty brand-new, sparkling-clean gear, “ McCool said. “We wanted to show them what it looks and feels like after it's been around the block a few times. It makes it easier to see what they can expect from the gear.”

Be sure to stop by the TenCate Fire Station booth #2213 at FDIC to see for yourself how TenCate outer shells and thermal liners hold up. Find out why it's all about the fighter...not the fire.

About TenCate Protective Fabrics
TenCate Protective Fabrics is the world’s leading supplier of inherently flame-resistant fabrics for firefighters. Respected and recognized worldwide for our aggressive Research and Development, superior quality and cutting-edge manufacturing processes, it’s no wonder why seven out of 10 firefighters in the United States wear turnout gear made with TenCate fabrics.

Want to know more about TenCate?
Get info
Tweets by tencatefabrics