In early August of 2012, FireRescue1 conducted a survey on apparatus use and trends in the industry. We have posted the results to the survey below. They represent a poll of 453 firefighters.

• 45% of those polled said there is no way their department would move to a smaller 2-person attack unit.

• When asked what the most useless feature on their appratus, a few members replied with the following:

"On our second out engine, the pump is 1500 gpm, yet has only one discharge on the officers side of the pump pannel (huge waste of potential)."

"SCBA compartment made behind the real wheel. No air bottles are put on the tanker and shouldn't be put anywhere near the exhaust!"

• If cost and technology were no barrier, some replied they would like the following features:

See the rest of the survey results below:

Question 1: How large is your department? 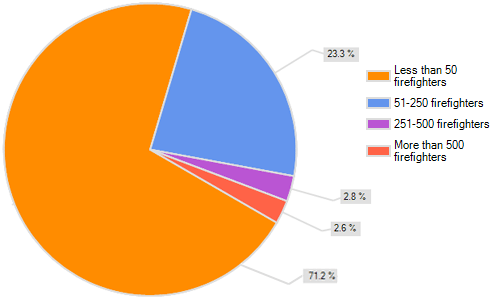 SUMMARY: 71% of respondents have a department size of 50 firefighters or less.


Question 2: My department still needs a [fill in the blank] 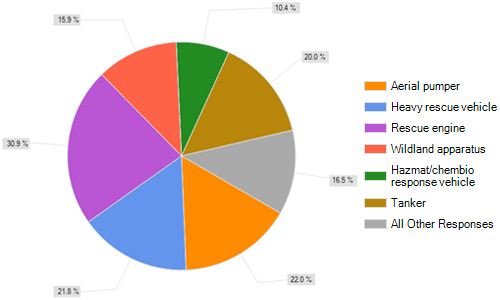 Question 3: How often do you replace your apparatus? 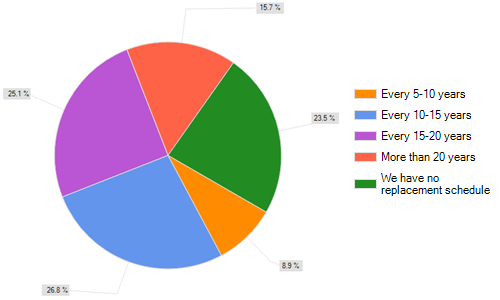 SUMMARY: 50% of respondents replace their apparatus every 10 to 20 years.


Question 4: Have you ever bought a used apparatus? 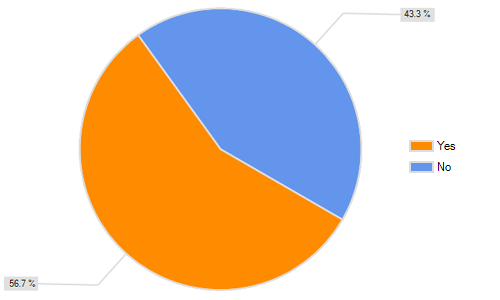 SUMMARY: Nearly 57% of those polled have bought a used fire apparatus.


Question 5: If yes, where did you buy your used apparatus? 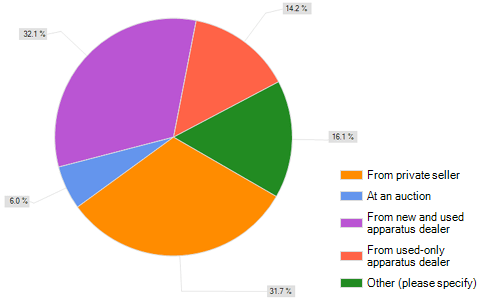 SUMMARY: 63% of respondents bought their appratus from a private seller or an apparatus dealer. The majority of other responses included obtaining their apparatus from another fire department.


Question 6: I was able to find a quality used apparatus that closely fit my department's needs 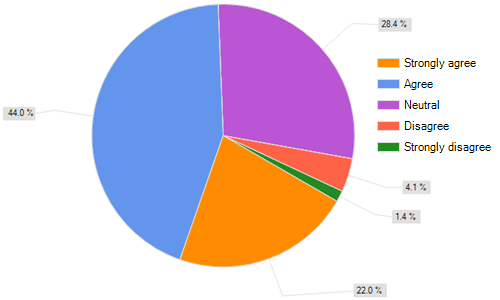 SUMMARY: A solid two-thirds of respondents feel that their used appratus closely fits their departments' needs.

Question 7: What is the likelihood of your department to move to a smaller, first attack vehicle for a two-person crew? 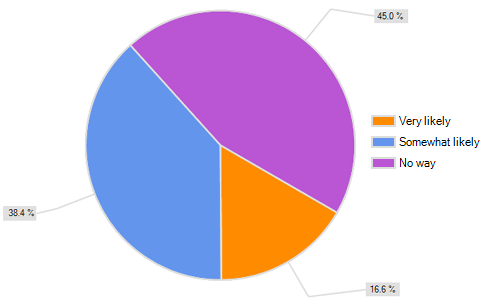 SUMMARY: 45% of respondents said that there is no way that their deparment would get a small attack unit, while 55% think it is a possibilty.

For even more information and resources on Apparatus and Emergency Vehicles, visit the FireRescue1 Apparatus product section.