How to buy radios (eBook)

Remembering the legacy of the National Board of Fire Underwriters

Why fire departments should consider virtual reality training for firefighters

7 fireworks safety videos, from the serious to the humorous

Passing the torch: How to write a fire service succession plan

The original version of this article was published on FirefighterCloseCalls.com, home of The Secret List.

Outside of New York City, and just south of Long Island, is a barrier island along the Atlantic Ocean called Fire Island. During the summer, pretty much from Memorial Day through Labor Day, it is a very popular beach resort made up of over a dozen communities. It's 31 miles long and about 1,000 feet wide. Although the winter population of the entire island is about 300 people, during the summer, thousands of people call live on or visit the beach community – all arriving by boat, as no one can drive to (or on) Fire Island. Generally, no cars are permitted on Fire Island, as it is part of a federal national seashore.

Within some of the Fire Island communities, there are well-staffed and trained volunteer fire and EMS departments. With emergency vehicles being really the only vehicles permitted on the island, the fire and EMS apparatus are designed to meet the unique challenges that they protect. The volunteer members are alerted by radio, pager, smartphone alerting systems as well as through outdoor warning sirens.

Challenging conditions for a firefight

In mid-October, the entire Long Island and Fire Island region faced Nor’easter conditions, with several feet of flooding water, 40-mph winds, wires down and just about every challenge you can imagine, especially because this time of year, there are not many people – or firefighters around. It's just how it is this time of year – desolate, except a few families and people in each community who are there year-round.

Thankfully due to the progressive planning by the Fire Island Chiefs Association, there are Island-wide automatic mutual-aid plans that also include departments from the mainland of Suffolk County (Long Island) by boat – and with fire boats.

Although staffing is the most critical issue the island faces off season, another challenge is the fact that fires actually have to be discovered – and then reported – so the response can function. Remember, in some areas there may literally be no one around to report fires, and some fires have even been reported from the mainland, by police patrol or whatever way you can imagine. That's how it is.

On Oct. 17, a fire ignited at a home along Bayview Walk at approximately 2 a.m.

The Seashore Condo & Motel in Ocean Bay Park has a very sophisticated security system that captured video of the fire from the start. At 47 seconds, you see a flash when the live electric wires broke away from the house on the left and sparked. At 2:47, the fire is advanced enough that a homeowner would not have been able to extinguish it with a garden hose – and the fire continues to take off. You can hear the Ocean Bay Park fire siren alarm around the 10-minute mark.

A member of the community woke up, saw the brightness, and called 911. Suffolk County Fire Communications transmitted the alarm.

According to Fire Island News, “hoselines were barely visible in the murky floodwaters as first responders struggled to gain ground. The third adjacent structure was taken diagonally across the way as wind-driven embers traveled before the fire could be contained.”

The wind-driven fire ultimately destroyed three houses on Ocean Bay Park. However, if that community member hadn’t called 911 when she did, the fire could have spread to many more homes and businesses.

For the investigators out there, the fire marshal believes that the electric box (and meter, etc.) attached to house on the bay side of the house was dislodged and banging into the house. Although the power was shut off to the house, the wires on the outside of the meter were still live. They began sparking and fire ensued.

The Seashore Condo & Motel has a fire alarm system, but it would have taken until the motel was on fire to activate. Thankfully, due to the conditions, the hotel suffered no damage – but did provide some phenomenal video.

Some Fire Island departments and their unique apparatus can be found on the Long Island Fire Trucks website:

Chief Billy Goldfeder, EFO, a firefighter since 1973, serves as deputy fire chief of the Loveland-Symmes (Ohio) Fire Department. He also serves as Lexipol's senior fire advisor and is a member of the Fire Chief/FireRescue1 Editorial Advisory Board. Goldfeder is a member of the Board of Directors for several organizations: the IAFC, the September 11th Families Association and the National Fallen Firefighters Foundation (NFFF). He also provides expert review assistance to the CDC NIOSH Fire Fighter Fatality Investigation and Prevention Program. Goldfeder is the recipient of numerous operational and administrative awards, appointments and recognitions. He has served on several NFPA and IAFC committees, has authored numerous articles and books, and presented several sessions at industry events. Chief Goldfeder co-hosts the website www.FireFighterCloseCalls.com. 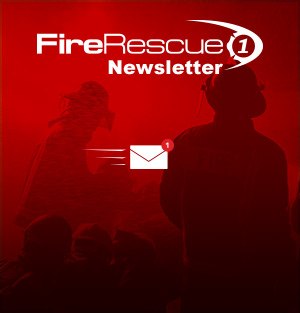