The opportunity to serve: How the ADA changed the fire service

Understanding fire loss estimates and what it means for fireground operations

Beirut and beyond: Planning for explosives in your community

Ammonium nitrate: What firefighters must know

DALLAS — A Dallas firefighter was injured after the roof of a burning building collapsed, hitting him with the debris.

The firefighters were battling heavy flames overnight at a vacant commercial building, which is sometimes used by homeless residents as shelter, according to FOX 4. Firefighters did not find anyone inside the building.

A bystander captured the roof collapse on cellphone video, showing the firefighter crawling away after being hit by the debris.

Dallas Fire-Rescue said in a statement on Twitter that the firefighter was transported to the hospital but is expected to be OK. FOX 4 reports the firefighter sustained back injuries and burns.

Officials are investigating the cause of the fire, which they believe may have been started by someone who was in the building earlier, trying to stay warm.

No other injuries were reported.

We rarely see how brave our first responders are. This is the fire on Walnut Hill Friday morning. I didn't even realize what I was seeing until later. #firefighterbravery @DFWscanner pic.twitter.com/ARGHpxJ7BZ 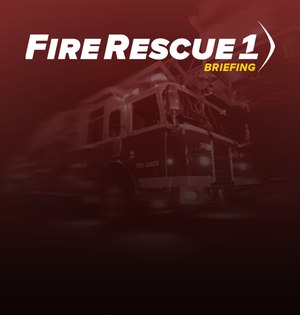