How to buy protective hoods (eBook)

Remembering the legacy of the National Board of Fire Underwriters

Why fire departments should consider virtual reality training for firefighters

7 fireworks safety videos, from the serious to the humorous

Passing the torch: How to write a fire service succession plan

Where to find the top fire museums in the Northeast

Planning a trip? Here are the best fire museums and exhibits in the northeastern United States. 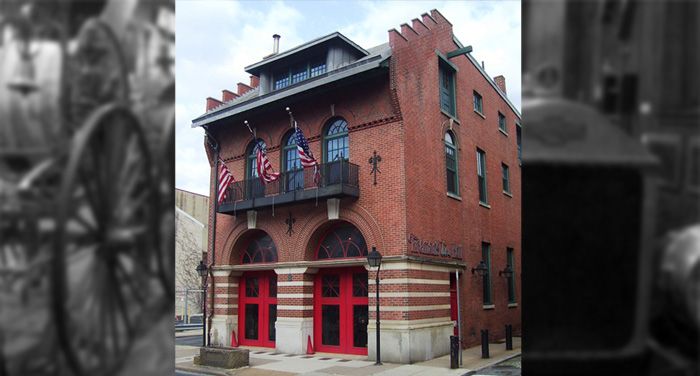 The Fireman’s Hall Museum is one of the oldest fire museums in the country, and is located in a restored fire house in the heart of Philadelphia. It’s supported by the Philadelphia Fire Department Historical Corporation, a group dedicated to preserving the history and legacy of the city’s fire service.

Along with restoring antique fire apparatus, the Fireman’s Hall Museum also recognizes Philadelphia-area first responders with Firefighter and Paramedic of the Year Award.

Opened in 1996, the Pennsylvania National Fire Museum occupies a restored firehouse that served a large portion of uptown Harrisburg. The museum’s displays include rare firefighting memorabilia, such as a hand pumper from 1791 that’s thought to be the oldest hand pumper in original condition in the United States.

The museum also features an American flag made entirely of fire hose. 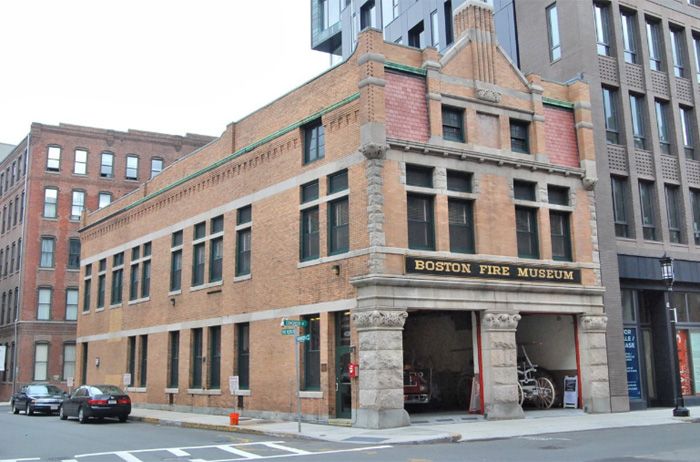 This old school fire station stands as it existed over a century ago in the heart of Boston, Mass. (Photo/James Woodward)

Located not too far from Logan International Airport, the Boston Fire Museum attracts visitors from all over the world. Antique fire apparatus, fire alarms, equipment, and photos are kept on display at the two-story, architecturally significant building. The old firehouse was recognized in 1987 as a landmark by the National Register of Historic Places.

Run by an all-volunteer organization called the Boston Sparks, the museum works to preserve the storied heritage of one of the oldest fire departments in the country.

The New York City Fire Museum is the official museum of the most famous fire department in the world, the FDNY. Permanent exhibitions include galleries of retired fire apparatus and fire equipment. The museum also displays paintings, and photographs documenting the pride and heroism of early NY fire departments.

Perhaps the most famous exhibit at the New York Fire Museum is the special memorial dedicated to the 343 firefighters who died during the September 11 attacks. A must-visit for anyone interested in the fire service. 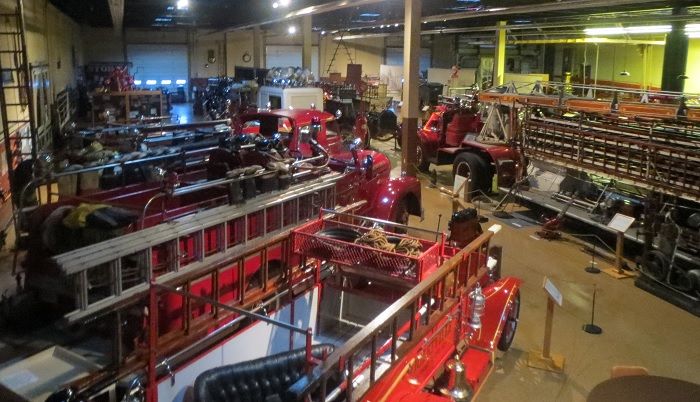 The Fire Museum of Maryland prides itself on its large collection of restored vehicles. (Photo/Preservation Maryland)

The Fire Museum of Maryland claims to have the third largest collection of any fire museum in the world. In addition to displaying firefighting prints, equipment, and art, the museum contains life-sized exhibits of an alarm office and a restored 1871 fire house facade. Founded in 1971, the museum features over 40 beautifully restored fire apparatus dating back to as early as 1819.

The Fire Museum of Maryland also explores early American history through a firefighting lens. For example, an exhibit of artifacts from the Great Baltimore Fire also includes original footage shot by Thomas Edison. The museum also holds an annual "Lantern Night," where museum staff dress in period clothing and tell stories from the Battle of Baltimore and the War of 1812.