‘I mowed my lawn today’: A forced change in perspective due to Long-COVID

When is hazing OK? Never. Let me explain.

A hike to remember: Honoring the Granite Mountain Hotshots at memorial state park

Scott Moore, Esq., on what the law says about mandatory vaccinations

10 of America's most haunted fire stations

It's not unusual for a firehouse to house a spirit or two.

Many fire stations have a rich past. Throughout the years, these structures have seen firefighters come and go. Patients pass away in the ambulances, and firefighters die in the line of duty. Sometimes these spirits linger, and those that do make their presence known. This is especially true for these haunted firehouses.

We give you, 10 of America's most haunted fire stations: 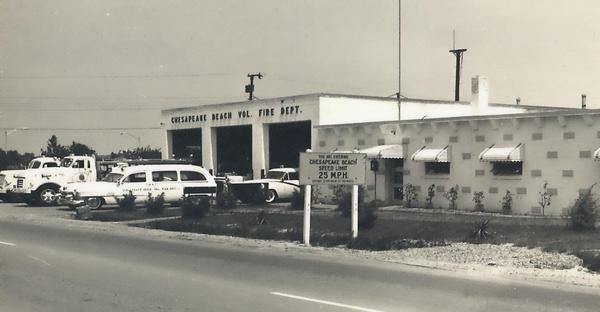 Station 4 was famous in its Virginia Beach neighborhood for hosting a haunted house. But the station was not only haunted during Halloween. It is believed that a firefighter named Benjamin Bishop, who died in the 1970s, haunted the place, and enjoyed every second of it. He was a prankster, always pulling the fire alarm or turning on the sirens. Sometimes, the crew would witness their vehicles‘ doors slamming on their own. On a few occasions, the ghost even threw pillows.

Since then, the fire crew has moved into a new station less than a mile away. It turns out that the ghost hates being lonely. An unexplained incident with the alarm system at the new station led firefighters to believe that Benjamin also changed his residence. 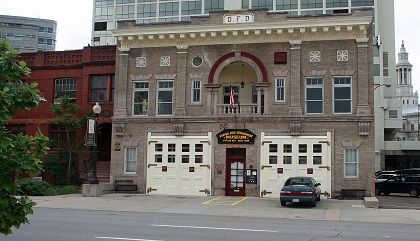 Built in 1909, this fire station (now the Denver Firefighters Museum) has seen its fair share of history. Its two most well-known spirits are Tom and Caleb. Tom, who used to care for the horses that pulled the early rigs, now enjoys causing mischief. He is to blame for paper flying out of printers and fire bells ringing for no reason. Caleb, who psychics describe as a young man who died by the museum, is supposedly buried under the museum‘s supply space. Employees refer the highly active area as “Caleb‘s closet.” No matter how many times they try to fix the floor of this closet, the concrete never sets. It is rippled and uneven as if it was disturbed.

In addition to these two spirits, other strange happenings have been reported, such as disembodied children voices and mysterious footsteps. Because of so much paranormal activity, the museum has become a hot spot for ghost hunters.

The story at Chicago‘s Fire Engine Company 107 does not involve a ghostly apparition, but rather a mysterious handprint. It dates back to April 18th, 1924, when a firefighter by the name of Frank Leavy was washing a window at the station. While placing his hand on the glass, he told his friend that he felt like he was going to die that day. After such an eerie proclamation, the alarm went off and the firefighters went off to fight an office building fire. Eight firefighters died that day, including Frank Leavy.

The next day, firefighters noticed a handprint on the window Frank had cleaned. They tried to wipe away the handprint, but no matter what they did, it wouldn‘t erase. One expert even brought over a special cleaning solution to do the work, but it proved useless. A city official later verified that the handprint was in fact, from Frank. Over the years, people have suggested removing the glass, but the firefighters didn‘t want to mess with the unknown. It wasn‘t until April 18th, 1944 that a paperboy threw the morning paper at the window and accidentally broke it, exactly 20 years after Frank had died. 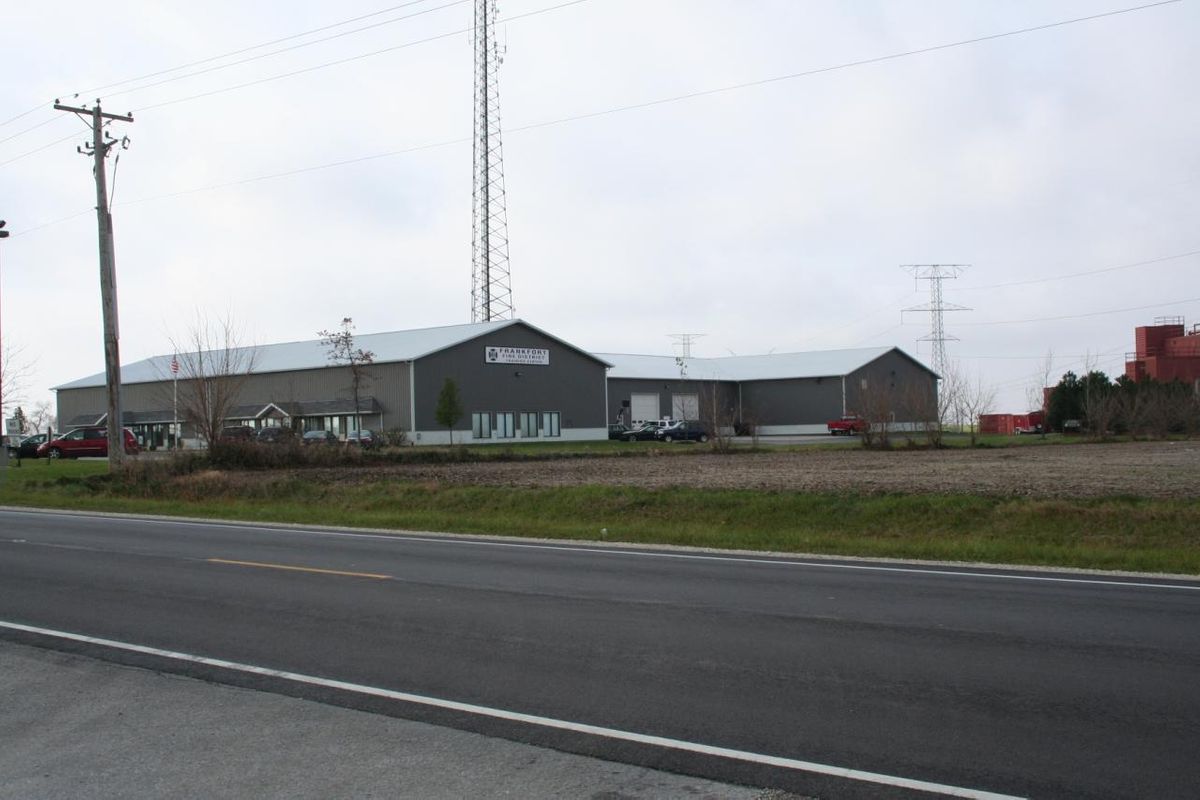 Before Fire Station No. 3 was built, the site was home to a farm implement business. The business was owned by Erwin Yunker, who died from a heart attack in 1996. Firefighters believe that his presence still remains, along with a slew of other spirits. Shadows are seen going in and out of the ambulances, an angry cowboy stalks about, and a blue apparition walks the halls at 3 a.m. Ghost hunters were called to investigate, and to their surprise, A&E Paranormal Cops wanted to as well.

Along with the usual paranormal case of mysterious footsteps and lights switching on and off, the spirits here are not afraid to show themselves in bolder ways. One night, as Lt. Todd Hamm watched TV, a figure dressed in black walked right in front of him. While sleeping, firefighters sometimes wake up to find dark silhouettes looming over them. And during one ambulance run, firefighters were about to close the huge overhead door, only to have it close by itself. Nevertheless, the ghosts have never harmed the crew, and so they have just learned to coexist.

Built in 1904, Station No. 4 is the oldest operating firehouse in Lexington, Kentucky. As no surprise, the living is not the only residents in this building. They have a ghost that they lovingly call “The Captain” after he was promoted for being a good ghost. His real name is Henry McDonald, who died in his sleep at the station on Christmas Day, 1945. He lets the crew know he‘s around through many strange happenings. When Captain Jason Wells first arrived at the station, he believes he was initiated by the ghost when an unexplained breeze blew by and knocked a huge stack of papers.

Wells is not the only firefighter of the station who‘s felt The Captain‘s presence. Resident firefighters sometimes hear his heavy boots going up the cast iron stairs. Other times, they can hear him rocking on his favorite rocking chair in the attic. Nobody dares to go to the firehouse alone, even if it‘s to pick up a check. Neighbors say that when the firehouse is empty, they can see The Captain in the upstairs window, keeping an eye on his station.

The firefighters at this station often know when a fire is occurring before the alarms go off. Why is that? Because they have a firefighter ghost on their side. He is the spirit of Woodard Bloxom, a fire captain who died in 1934 battling a warehouse fire across the street. Often unexplainable events occur right before the dispatch center calls and they believe Bloxom is trying to alert them. The warning signs include the bay door opening or the lights suddenly turning on.

Besides the early warnings, the firefighters often feel cold spots and sometimes furniture is found scattered about. One firefighter even witnessed the water fountain go on, with the knob itself turning on its own. At night, the toilet flushes despite everyone being in their beds. It seems as though the fire captain never felt he completed his duty at the station, and will be haunting the place for a long time.

Head over to Fire Station No. 11 in El Paso, and you‘ll find another group of firefighters with some tales of their own. They have a bed upstairs that everyone avoids. You can expect a restless night if you choose to sleep in the bed because it shakes at night. And if the occupant manages to get some shuteye through the shaking, then they may awaken to find their covers being tugged. One firefighter managed to sleep on the bed for a period of four months but gave up after sleep problems and a mysterious cough that plagued him. After switching beds, all his problems went away.

Karla Martinez had a strange experience in the bed across from the shaking bed. She felt as though a strange presence was looming over her. When she closed her eyes, it felt as if something was being thrown over her. However, when she opened her eyes, there was nothing there. She now sleeps on the couch in the TV room.

Like many old fire stations, Fire Station No. 3 has turned into a museum, but the ghostly encounters will always stay with the firefighters who worked there. Lights would spontaneously go on and off. Belongings would be thrown off of end tables. They even saw a mysterious face on the reflection of their TV screen. One firefighter, who was working on a report, spotted someone peering through the window and thought someone broke in. Nobody could be found.

One curious firefighter did some investigating and found that a 28-year-old firefighter by the name of Robert Knight died 11 days into the job in 1940. He was called to a fire, but when he stepped off the truck into a puddle, he was electrocuted by a downed power line. Could he be behind these strange occurrences? Maybe. To spook the probie, a firefighter spoke about the haunting. Soon afterward, the fan turned on, along with all the lights. It seems like Robert enjoys a good laugh as well.

You‘d think that living in a new building means that it won‘t be haunted, but that‘s not always the case. Especially when you live on the grounds of a demolished mausoleum that once housed 999 people. The city managed to relocate their bodies to a nearby cemetery, but it seems their spirits still remain.

The crew of Engine House 35 nicknamed it the Crypt House, a very fitting name for a building that is now the new residence of the dead. Unexplainable things occur often here. Pots filled with popcorn fly off the stove and lights go unplugged, leaving firefighters in the dark. When taking a shower, the water often turns cold. The mausoleum once housed three victims of the Titanic. Coincidence?

One of the more frightful occasions happened to Mike Lopez, who slept in the basement due to his snoring. One night he was unable to move because someone seemed to be pressing down on him. He summoned all his strength to push back, and as he did his blanket flew off. He now sleeps with a light on. 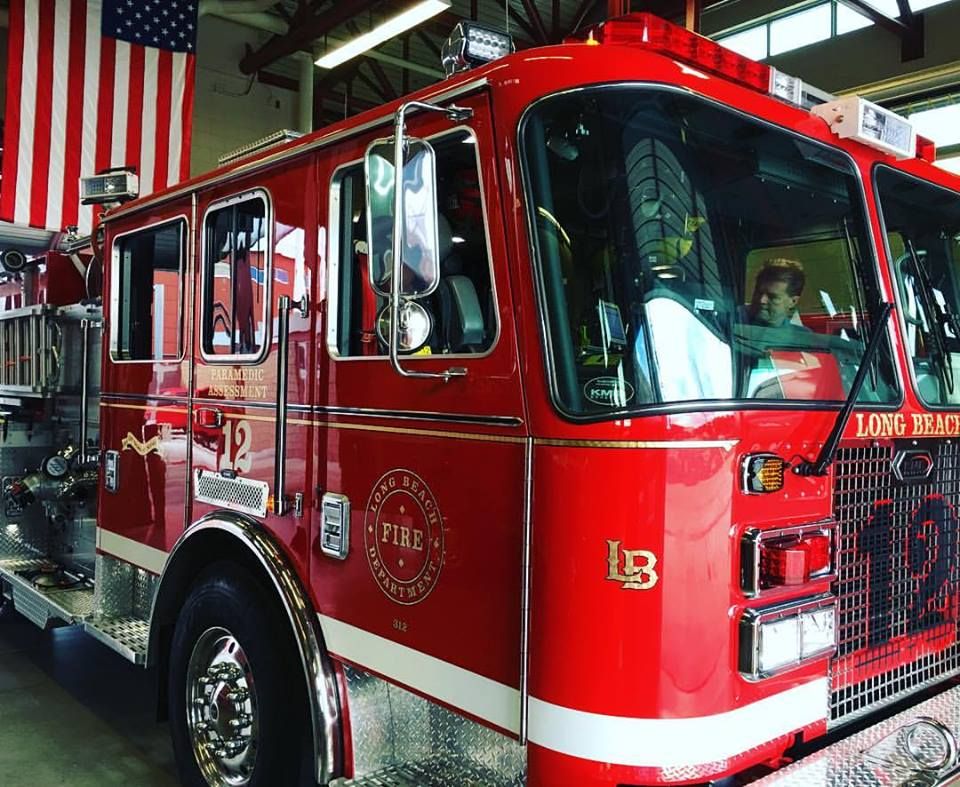 Nicknamed the “Ghost House” by its occupants, Engine Company No. 12 is believed to be haunted by John Makemson, a retired firefighter who died of natural causes. It is thought that John never could leave the place where he spent much of his life. He is described as a lighthearted ghost, always up for a good prank, such as moving objects off of shelves. He is also willing to help his fellow firefighters when they lose items. One firefighter had been looking for a jacket and asked John if he could help. After returning from the shower, the firefighter found his jacket lying on the bench in the middle of the room, neatly folded.

But is John the only inhabitant of the firehouse? Sometimes at night, firefighters would wake up at 3 a.m., unable to speak or move. Other times, it is a blood-curdling scream one firefighter describes as, “the soul of a man being tortured in hell.” Would John, who knows full well how important sleep is to a firefighter, be waking them up?

People have claimed to see both a white and a gray entity walk through the walls. One firefighter‘s wife has claimed to hear a voice say, “We‘ve never met each other, but allow me to introduce myself, my name is Smokey.” Could he be the dark gray ghost? Whoever the ghost(s) are, the crew has since moved to a new station. But who knows, maybe the paranormal will relocate as well.

Do you work in a haunted fire station? Share a scary tale in the comments!

Uniform Stories features a variety of contributors. These sources are experts and educators within their profession. Uniform Stories covers an array of subjects like field stories, entertaining anecdotes, and expert opinions.

Freedom House Ambulance Service: A story worth cementing in the textbooks

The golden legacy of San Francisco's little hydrant that could