A plea for help as wildfires rage across the West

From pyrotechnics-gone-wrong to animal electrocution: The odder ways wildfires ignite

A firefighter’s guide to fireground search and rescue

Code 3 Podcast: 31 seconds from arrival to water on the fire

Natural disasters: The cost of unpreparedness

What's in your turnout coat pockets?

Unprecedented: Second round of AFG-S grants to open in October

When we asked FireRescue1's Facebook fans to tell us about their most memorable call of the year, we received hundreds of responses. You told us about defensive fires, tragic MVAs, dramatic rescues, and even the straight-up weird calls. Read our top 15 picks below, and feel free to add your top call of the year in the member comments section. 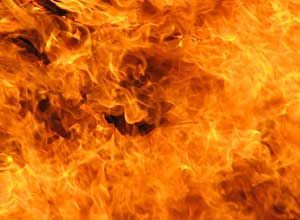 As 2011 comes to a close, we reflect on the biggest fire service stories and concepts of the year

"A structure fire on the next block. It was a walkout basement fire... pretty hot inside. I was first in the engine and was pulling hoseline. Then went in to back up the nozzle man. What made me proud is my daughters watched their mom work hard. I've always told them they could achieve whatever they put their mind to." - Kerrie Johnson Neumann

"Had a patient go into cardiac arrest 9 times. Brought him back 9 times. He miraculously made it." - Luis Murillo

"It was about a week ago we had a house fire and we were in there and they ask me to find a dog. I find the dog and he was in and out so I gave it mouth-to-mouth as I walk out and I had to go back in and when I came out a good friend of mine came up to me and said the dog made it, I did a great job. The dog's family came up and told me thank you. It made my year." - Zach Rogers

"‎11pm call that an elderly woman rolled her car into a ditch. Showed up to the scene, she is still in there and gas was leaking everywhere. EMS and HazMat wouldn't go near it. My buddy took the chance of running up. passing cops trying to stop him, ripping the door open and saving her before the car caught on fire. She made it with minor cuts, and a broken arm." - Jason T. Higinson

"Car vs. pole -- 7 victims in one Jeep liberty. It was a horrible scene, but all lived though one was critical." - Jeffrey Flaker

"Fully involved 2 story house, unfortunately residents were illegal immigrants, supposedly tried to put out the fire with buckets of water and garden hoses, fire spread through void spaced up to second floor, male resident ran back in to save wife and got trapped when we got there, the house was fully involved. Report was that 2 were trapped inside on the second floor. Now the fire is roaring and we need to get in and commence a search and rescue on that floor. We went in with engine co. through the front because windows already taken out in back to prevent backdraft. So we try up the stairs and the stairs collapse, we couldn't make it up and the fire as we all know gets worse and worse as we just start hosing it. Man and woman found dead upstairs holding each other with 3rd-degree burns." - Brian Nicholson ‎

"Either the lady that blew her face up smoking with oxygen or 2 semis vs a car and one of the semis was completely engulfed." - Josh Lipps

"MVA Alden, N.Y. It was a Friday afternoon and I just got outta school when the call came in. The guy hit a pipe, went airborne, hit a telephone pole and landed in a field. I was on the first truck out of the hall and when we got there the guy was in really bad shape. My brother went in and stabilized his head while I had the hand line. He had hit the pole so hard that his brain was coming outta his nose, but he was still alive. That was my first really bad call and it still bugs me sometimes." - Matthew Daniel Gold 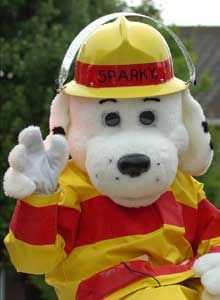 "I had to respond to a house fire while wearing the Sparky costume." - Jacob Smith

"Paged out for house fire and elderly lady walks out of the house with cookies for us... She told us the reason she called 911 was because she had no ride to the station to give us the cookies!" - Ethan Rienstra

"Man got run over in Leoma, TN, head split open and did a scene landing for Air Evac. While rolling the stretcher to the chopper one of the paramedics saw a dead deer on the side of the road and said, "Oh my, look , the intestines are laying out on the road." The man almost shot up and without missing a beat, he said," Those aren't mine are they?" After we found out he was going to be fine we had a good laugh." - Jimmy Rodgers II

"300-acre wildland fire. As soon as I made my way to the head of the fire, a deer ran by me, fully engulfed." - Firefightin Brandon ‎

2011: A year of reflection, honor and service

Work together: Overcoming volunteer challenges in 2012