Researchers investigated the impact of different tactics, firefighting location and measures such as skin cleaning and gross on-scene decon

Purposes of the study
This study was designed to better understand how operating in a modern fire environment is related to the two leading health issues facing firefighters; namely cardiovascular events and chemical exposures related to carcinogenic risk. We investigated the impact of different tactics (traditional interior attack vs a transitional attack) and different firefighting location/assignment (interior attack, outside operations, outside command, overhaul) as well as measures such as skin cleaning and gross on scene decon to affect these risks.

Motivation for study
Significant advances have been made in our understanding of the hazards associated with structural firefighting. 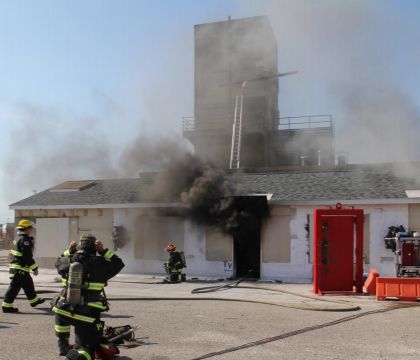 Despite these advances in understanding, important questions remain.

Methodology
In order to safely and reliably conduct typical firefighting operations and tactics with 12 person crews, we designed and built a structure that had all of the interior finishes, fuel loads and features common in the 21st century, yet contained safety systems and hardened construction techniques that ensured our participants’ safety.

During this study, we measured: 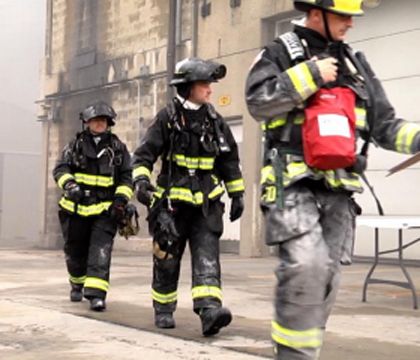 Preliminary results
The results presented in this summary of the interim report are a small subset of the data that was collected. We cannot make any definitive conclusions until we perform a comprehensive analysis of all the data. These results are provided to alert the fire service of the study and its complexities, provide a glimpse of what we are finding and to prepare the fire service for future publications and other outputs. For example, results from skin and biological exposure monitoring (blood, urine and breath) are still pending. The results provided below are only examples of data from one or two scenarios, but we believe to them to be fairly representative of the typical study results.

Next steps
Again, these results presented in this interim report are only a snapshot of what has been collected and is currently being analyzed. A detailed fire service toolkit is scheduled to be released in 2017 with a comprehensive overview of the information available and tactical considerations. The toolkit will be freely available to firefighters and fire officers around the globe. You can keep up to date with information being released through: