How to buy radios (eBook)

First on scene: Leaders reflect on their 9/11 experiences, how public safety has evolved

How to start a successful junior firefighting program

Diversity training: How fire departments can do it better

The U.S. exchange student got stuck after a dare went awry; the firefighters said the rescue was not complicated

TUBINGEN, Germany — A student has reportedly had to be rescued after getting stuck inside a giant stone vagina.

The exchange student from America is believed to have climbed inside the marble sculpture in Tubingen, Germany, on Friday afternoon, for a dare.

However, once inside he found he was stuck. Five emergency vehicles and 22 firefighters are believed to have eventually eased the unnamed man out but not before someone took a picture and posted it on social media site Imgur. The man, whose legs got wedged at the bottom of the art installation, was eventually freed and was said to be "really embarrassed." 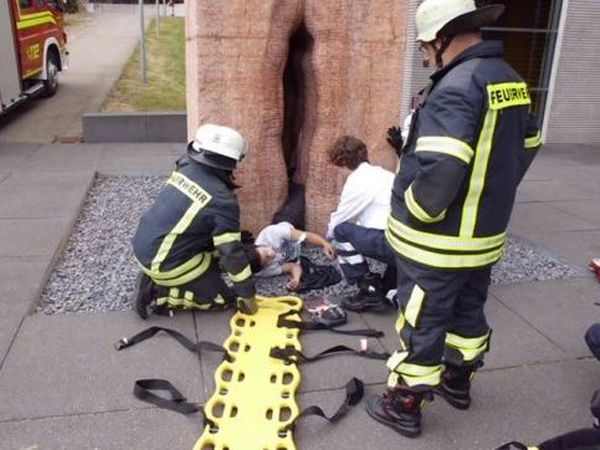 Mich. FFs use Jaws of Life to free woman stuck in a chair during ‘stuck fetish’ video

Mass. fisherman OK after whale gulps him down, spits him out